Henry Wyse, while living in Arbroath in the early 1900’s, designed an extensive range of furniture. The furniture was made locally to order by W. Middleton, cabinetmaker, of Arbroath. Some pieces have survived within the family, and others are known to survive in private collections.

These three examples are amongst the few copies of the furniture catalogues that have survived. Click on each image to view the entire catalogue: 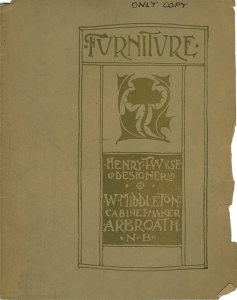 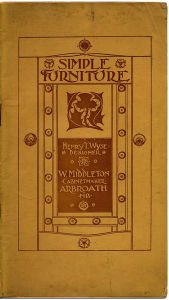 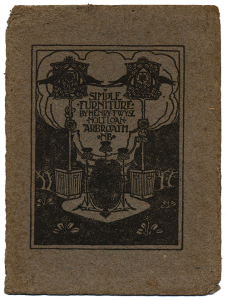 Some of the furniture was photographed at the time it was made, and appears in the archives, but some of the known examples do not appear in any of the three catalogues. 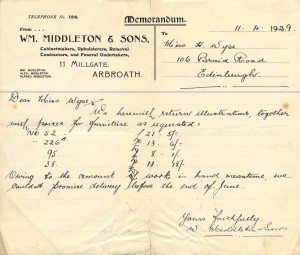 This interesting invoice shows items of furniture purchased by Helann Wyse in 1929. The current whereabouts of these items is now unknown. 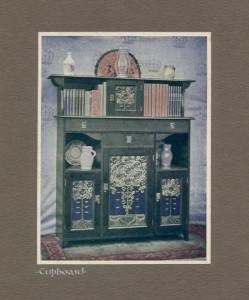 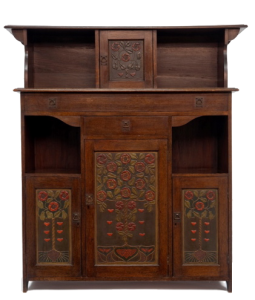 This colour photograph is probably a hand coloured black and white photograph, and shows a sideboard that does not appear in any of the catalogues. Since 2009 it has been in the collection of the Glasgow Museums. (Photo courtesy of Glasgow Museums)

From the furniture catalogues, and photographs found in the other archived material, we know that a number of pieces of furniture designed by Henry Wyse were made by Middleton & Sons in Arbroath. Apart from a handful of pieces remaining within the family, or within museum collections, little is known of any surviving furniture. None of the pieces that we know of were marked either with the designer name, or with Middleton’s name, so surviving pieces would probably remain anonymous. Only by cross-referencing with the three catalogues shown here, or the photographs shown in the archives, would it be possible to give attribution.

A further sideboard has though recently appeared,  bought at auction only a few years ago. It is of the same design as the sideboard in the collection of Glasgow Museums, but with minor differences. 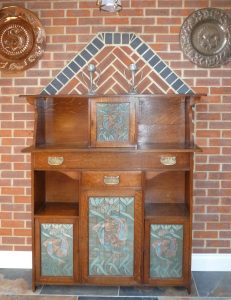 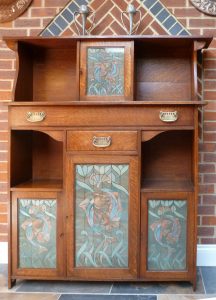 (Sideboard made by William Middleton, Arbroath, to a furniture design by Henry Taylor Wyse)

Recently, some photos of further cabinet that has survived the years has surfaced. You will find the cabinet listed as No. 8, on Page 7, of the last of the three furniture catalogues shown above. My thanks go to Paul Reeves for making these photos available: 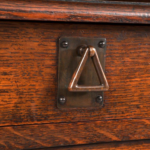 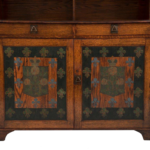 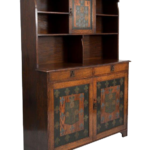 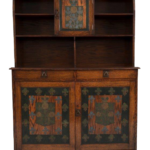 This interesting chair appears in two of the Furniture catalogues shown above. It first appeared a few years ago, and has since had the rather garish fabric it had then, replaced with velvet that is more in keeping with how it would originally have been covered: 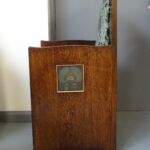 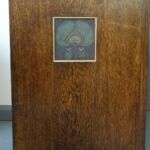 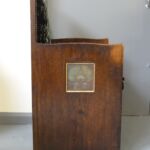 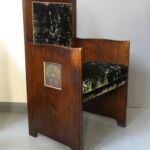 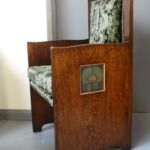 We would be very interested to hear from anyone who thinks they may have one of the pieces that have survived. If you think you have a surviving piece, please email admin@htwyse.info, giving if possible a photograph of the piece in question. We will respect your confidentiality.

Henry Wyse was living in Nolt Loan in Arbroath at the time he was designing furniture. To the left is a contemporary postcard of Nolt Loan, and next to it the same view as it is today: 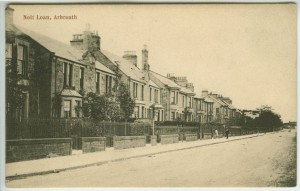 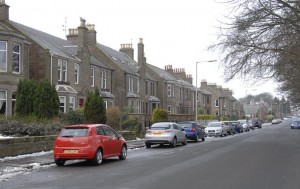